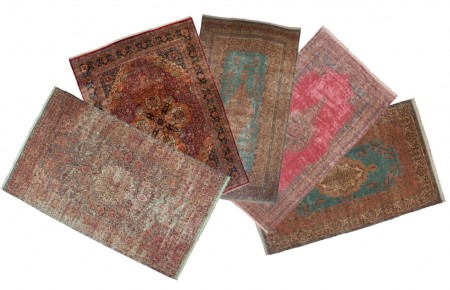 The Cyrus Crown® trademark is Dilmaghani’s 20th century continuation of signature carpet production dating back to the 1850’s Persia.  Earlier examples of Cyrus Crown® Kermans date back to the 1920’s, and continued through the 1960’s.

Production of Dilmaghani’s Cyrus Crown® Kerman carpets took place at the firms factories in Kerman, South East Persia.  They were produced under the careful supervision of family members whose expertise go back to the 19th century. 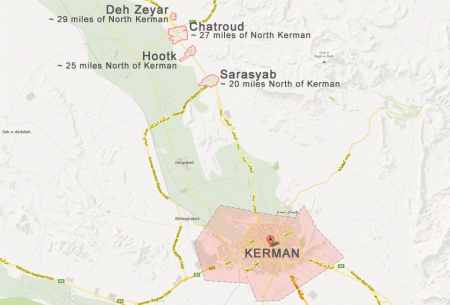 Cyrus Crown® Kermans of early to mid-century production were made in Kerman City and the Northern districts of Chatrud, Kavirat and Moezziyeh.  The Chatrud district production included Chatrud City, Hookt and Sarasyab.  In the district of Kavirat, the towns of DehZair and Lenjan.  Bondar and other towns in the Moezziyeh district were also under the Firm’s ownership. 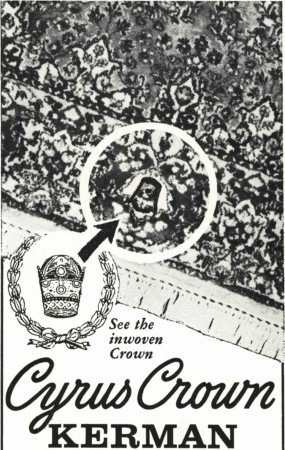 Subtle nuances in Dilmaghani’s premium product are verifiable to the untrained eye with the presence of the Firm’s inwoven Cyrus Crown® trademark.  To the seasoned expert acquainted in fine carpets, the generational legacy of Dilmaghani’s fine production is evidenced in the enduring qualities:  Use of the most choice wools, procurement of superior dyes, superb designing and detail, high integrity of weave and fine, luxurious finishing are components of this extraordinary line of rugs.  These points reliably indicate the craftsmanship of Dilmaghani weavers.

The Dilmaghani firm maintained rigid standards in their factories in a time when other producers were using wool and dyes sourced commercially at local markets.

Dilmaghani made extensive efforts to procure exceptional grades of materials for production, often opting to purchase materials for manufacturing from reliable London firms at a premium price or buying directly from the source to ensure purity and integrity.  This would often mean purchasing the best, and often most costly, dyes possible.

A strong focus on superior quality for an enduring product was preferred over commercial volume.  During the course of this four decade run of Cyrus Crown® Kerman weaving, it is known fewer than 20,000 Cyrus Crown® Kerman rugs were ever woven accomplished by several hundred weavers and only a small fraction of the overall production of Kerman rugs over this period of time.